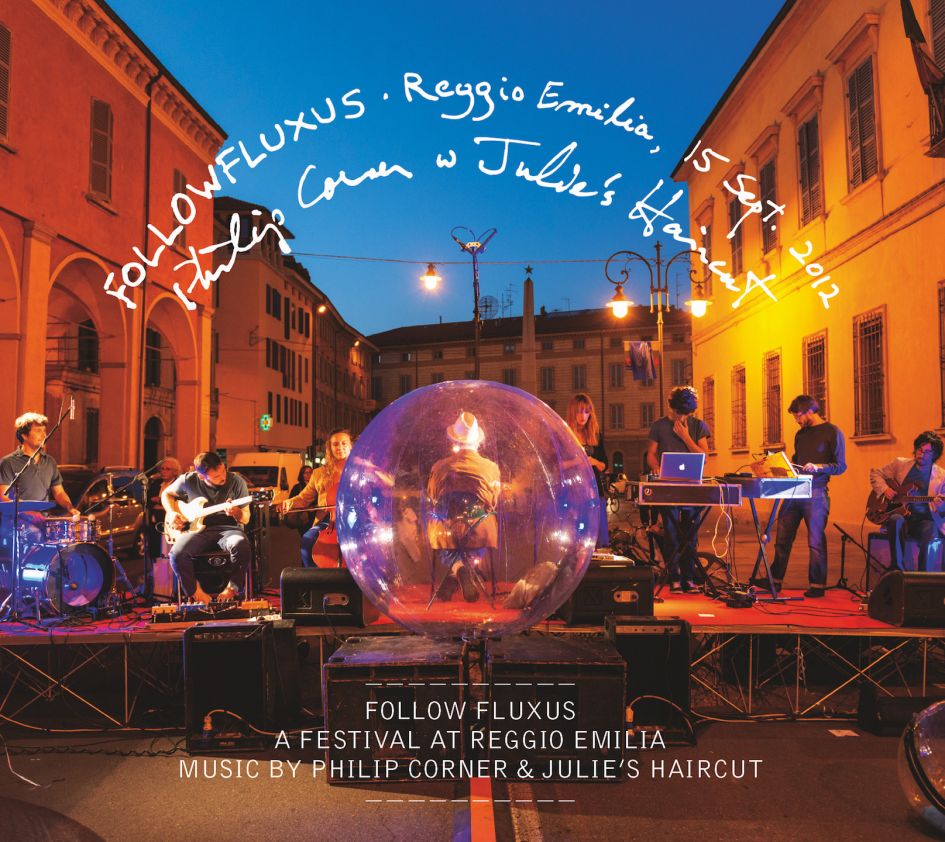 We’ve been graced by Philip Corner’s (and his inseparable partner in art-as-life Phoebe Neville’s) friendship for a long time now. A true newyorker by birth, Philip has been living in Reggio Emilia for ages and since we’ve met him he’s always showed a deep curiosity about our music, our own way to reinterpret the old rock’n’roll canon. Being the adventurous composer that he is, he surprised us with his wish to collaborate in bringing some of his compositions to a totally new soundscape, provided by our trademark electro-acoustic weaponry. The occasion came when, in 2012, Palazzo Magnani installed a thorough exhibition dedicated to the Fluxus movement, which Philip had been a prominent member of. We went into the studio at the Barchessa Bolivar (r.i.p.) in Rubiera to cut two pieces of music under his direction. Our usual line-up was expanded with the addition of Simona “Fluxsimona” Borrillo on vocals, our founding member Laura Storchi on organ and Andrea Faccioli on guitar. One of these pieces - “One Note More Than Once” -  was then mixed in 5.1 surround sound to be played in the hall of Palazzo Magnani during the exhibit. On the opening night, we assembled again under Philip’s direction on the street outside Palazzo Magnani to perform “My Favorite tune” and “Rock - A near elemental”, again with Simona Borrillo, plus Deborah Walker on cello and Amedeo Perri on synthesizer.
Almost a decade later, these recordings see the light of day in a CD release for Setola di Maiale, a place of joy for unconventional music.
We have some copies of the CD at our store.
The digital version of the album is available through our own label Superlove on all streaming services and Bandcamp.